The Origins of Community Choirs

Community choirs have been a favorite pastime for many who are looking for the incredible health benefits of music and singing in a community. Not too long ago, “choirs” were entirely reminiscent of hymns and gospels, but recently a new type of choir has been taking the world by storm.

Community choirs, or casual choirs have been a recent innovation in a culture and heritage shared by nearly every civilization since antiquity. Most of the choirs seen in Australia today have been running for less than 10 years (Source: Music in Australia). Here we discuss how choirs transformed to the amazing activity we can all enjoy today.

A long time in the making 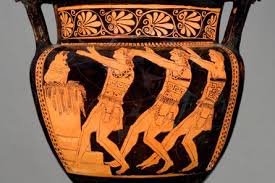 Choirs have been a symbolic part of many cultures around the world. From the Greeks singing in parts and much of the Western Contemporary singing in union as a part of a harmony.

In the books, the Ancient Greeks were one of the first progenitors of choirs. Although it is very likely that choral music existed before this. Dithyramb, an ancient Greek hymn in homage to Dionysus (the Greek god of wine). Men and boys sang in choirs accompanied by an Aulos musician. Aulos, was the predominant wind instrument of the time. These hymns were sung during festivals and celebrations and were enjoyed for its wild, passionate and narrative music and accompanying poetry. 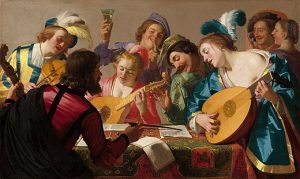 The next big transformation went hand-in-hand with the development of the Churches around Western Europe. Choirs blossomed through the Renaissance with sophisticated polyphony in grandiose ensembles. It was in the great halls and cathedrals that the foundations of choral music were developed and explored. For most of this era a choir was professional, religious, but in some cases even artistic. Scholars attribute this stark change, to the church, which facilitated choral music in hymns. Standardized notation, also play a huge part in this transformation. 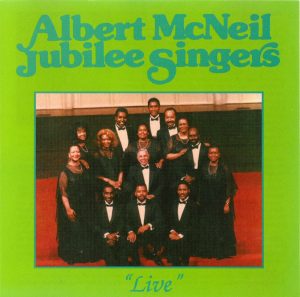 Fast forward to the 20th century, a time for mass innovation, television, radio and phonographs! The Americans were at the forefront of this shift with their technology. A new form of music intermingled with the African American spiritual culture was blossoming. Professional singers could now join choirs that were funded in part by patrons and ticket sales and didn’t have to rely on the church or the government. Many of these changes were due to recent innovation in the recording industry, the widespread influence of television and radio and the ease of accessibility of the music. Many of these choirs were run by professional musicians however their roles and their music became less rigid over time. Think small casual acapellas, barbershop quartets and Albert McNeil Jubilee Singers.

The idea of a community choir took the world by storm in the 21st century when music therapy researchers at leading universities finally shed light on the many health benefits of joining a choir. Community volunteers, researchers, musical therapists and musicians all joined forces to create choirs that would help combat depression, relieve pain, and improve well being in communities that were almost forgotten. These choirs put an emphasis on creativity and self-expression over the musical correctness and performance. The new shift in choirs was meant to boost a person’s mood and get them closer to their community.

Pop Choir – Singing: Fun: For Everyone!

POP CHOIR in the spirit of the ever-evolving history of choirs is reimagining what choirs should be like. We think your weekly choir session should be FUN and LEAVE YOU ENERGIZED! You don’t have to know how to read music or even audition, so it’s for EVERYONE. It’s amazing to see how the power of a group of wonderful individuals makes a choir sound fabulous. It is now easier to join a choir than ever before! Learn more about what makes Pop Choir different.